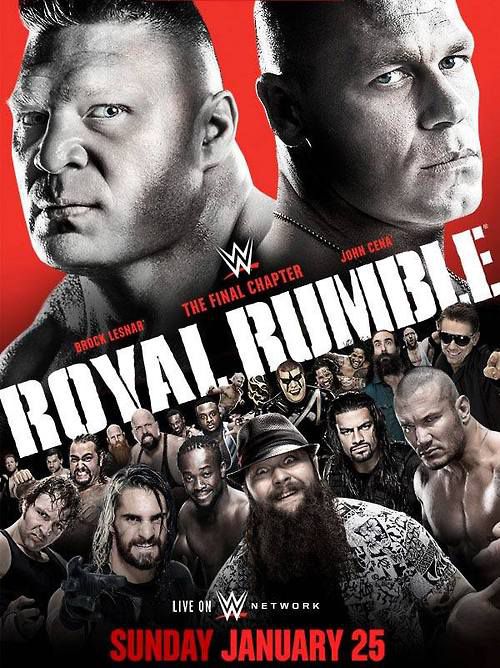 The Royal Rumble is the annual WWE pay-per-view that kicks off every year. We know the Royal Rumble is what starts the road to WrestleMania, and is what many people consider to be one of the WWE’s more exciting PPVs and to be one of best of the year. This years Royal Rumble is one of the most unpredictable in recent memory, with no one clear favorite (unlike the Batista debacle last year) this year we have to break down who the top three potential Royal Rumble winners will be, and who might be some dark horse candidates. Time go through the top 3 contenders, and let’s see who has the most steam going into tonight’s big event.

The recently returned leader of the “YES! Movement” is the number one choice to win this year’s rumble. This time last year Bryan was every member of the WWE Universes’ golden boy, and not to mention he stole the show with two huge matches at WrestleMania XXX (which included beating Triple H, Randy Orton, and that guy who played Drax The Destroyer) and then crowned the new WWE World Heavyweight Champion, only to have it stripped from him and be out of action for almost a year with a near-career-ending neck injury. There is a huge built in story line with D-Bryan (as Booker T calls him). Think about it, he was stripped of the title by The Authority, his wife quit/was fired by The Authority, then his wife was rehired and faced Stephanie McMahon in a featured match at SummerSlam, which she lost. Daniel Bryan needs his redemption, he needs his “win back”, he needs to win the Royal Rumble, and go to WM31 to take down the beast Brock Lesnar, and reclaim his spot as the #2 guy in the company (SuperCena shall not be conquered) and become once again a staple in the main event scene. Daniel Bryan should be everyone’s number one seed.

The former leader of the Shield, the man with the Superman punch, the man who isn’t as good as his cousin The Rock on the mic, but damn is that hair something else; Roman Reigns has a strong chance of winning this year’s rumble. After an explosive start to his 2014, and setting a record for most eliminations in a single Rumble match (eliminating more than a third of the competition) Roman Reigns was undoubtably groomed to be the man come 2015. But after an unexpected hernia injury, and some very head-scratching promo moments, Reigns’ stock has taken a slight dip; but with that being said, he has been the long rumored challenger for Lesnar at WM31. The problem with that is, the people aren’t fully behind him as a tried and true babyface, and he is more of a polarizing figure than a beloved one at this point. With that being said Roman could shock us all, and turn into a mega-heel by last eliminating Daniel Bryan this year, and going into WM31 to possibly face John Cena for the title, look guys, stranger things have happened.
3) Randy Orton:

The multi-time World Champion and former Royal Rumble winner is definitely a “far-shot” candidate, but if you pay attention to WWE history, someone who you can never count out.After being sidelined with a kayfabe injury back in November to go film The Condemned 2, The Viper has been making appearances as of late at many WWE live events making him a prime candidate for a surprise return. He too has a built-in storyline with The Authority, and due to them causing him to be stretchered out of the arena on Raw not too long ago, and not to mention the constant frustrations Triple H and Stephanie put him through, he is looking to strike fear in the hearts of The Authority, and face “The Future” Seth Rollins for the WWE Championship in California on March 29th. Just don’t be shocked if there’s an RKO out of nowhere going down at the Rumble tonight.

Dean Ambrose, Bray Wyatt and Dolph Ziggler all have the potential to win the Rumble tonight, but the odds are very much against them. With major momentum going into the show from several participants this years Royal rumble is shaping up to be one of the least predictable and to be one of the most exciting rumbles in the past few years. Tonight 30 men will enter the ring and after over an hour of competition, one man will be the 2015 Royal Rumble winner and will main event WrestleMania 31 in Santa Clara, California for the WWE World Heavyweight Championship.